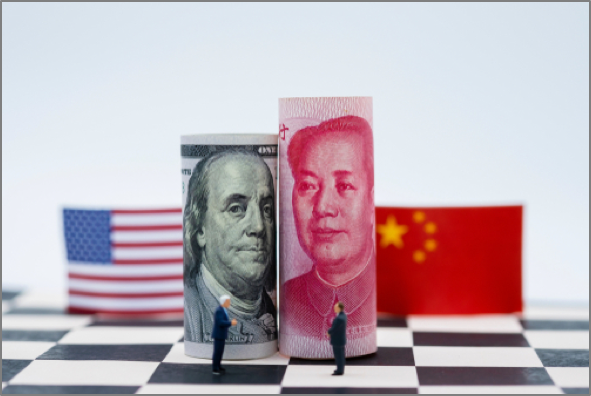 Last week we saw a classic ‘Mexican standoff’ that could have been straight from the pages of a Sergio Leone screenplay. This time however, it didn’t culminate with the archetypal showdown at high noon. The weapon of choice was Twitter, with Donald Trump boasting that Mexico had agreed to post an additional 6,000 National Guard troops to assist with border control failings.

Trump’s talk of a 5% tariff on a range of Mexican exports is just the latest in the line of recent strong-arm tactics. 2019 began with Trump taking on the international community, threatening to withdraw the US from NATO over a disparity of funding. More recently, his contempt for the policy makers at the Fed has seen him openly condemn any suggestion of an interest rate hike near-term. His latest target however may very well prove to be his most formidable yet, testing the age-old adage of beware of the sleeping dragon.

In May the Trump administration increased the tariffs on US$200 billion worth of Chinese exports from 10 to 25%. This in turn prompted a retaliation, all be it a measured response from Beijing with the announcement of a 25% tariff on US$60 billion worth of imported US goods. The fear of an escalating all-out trade war between the two giants of industry appeared unavoidable. Then on June 6th Trump upped the ante with the suggestion of a further US$300 billion worth of tariffs, the markets held their breath.

The single biggest weapon used against us and to destroy our companies is devaluation of currencies, and the greatest ever at that is China. Very smart, they are like grand chess masters. And we are like checker players. But bad ones

So, what are the factors behind this war of numbers and how might we see this playing out for both sides? More interestingly, what could this all mean for those of us who are investors in precious metals?

In a move to promote efficiency and transparency the Bretton Woods accord of July 1944 was agreed to tackle inherent complexities of trading in a truly global marketplace. It was decided the world’s major currencies would be pegged to the dollar, which in turn, would be pegged to the price of gold. In a single swoop the ‘Greenback’ was cemented as the world’s de facto reserve currency. Figuratively and literally; it was as good as gold.In August of 1971, in what by today’s standards would have constituted a shock ‘tweet’, President Nixon announced to the world’s press the end of the dollar’s gold convertibility. In his attempt to stifle growing domestic inflation and halt the global off-loading of USD for gold, Nixon’s move freed the dollar to be valued as the US saw fit, protecting what was left of the country’s depleted bullion reserves. The markets understandably scrambled to deal with the implications of this event. What followed was a time of financial and political turbulence with large scale USD purchases by foreign governments to try and stabilise the effects, but little could be done to prevent broad global currency disparity versus the dollar. Almost 50 years on and it is the turn of the US to claim victim status with accusations of dirty tricks at the hands of the world’s second largest economy. 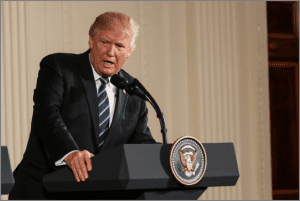 The Donald had Beijing in his sights long before the now infamous election campaign of 2016. Along with accusations of currency devaluation and wage suppression, Trump had no reservations in placing the blame squarely on China for what he perceived as the theft of US jobs. It would be wrong to dismiss these allegations in their entirety as Trumpian hyperbole, as there is arguably a level of truth to some of the claims. Being the world’s largest holder of foreign currency reserves, Beijing has indeed initiated large-scale programs of foreign currency purchases and sales by state owned banks. It is also a fact that the Renminbi’s (Yuan) exchange rate is determined and set by Beijing daily, which is a powerful advantage, adding weight to claims of an uneven playing field.

Calls to even up the playing field will likely fall on deaf ears, as it is well within the interests of President Jinping and the ruling party to keep 1.4 billion citizens (primarily dependent on the demand for exports) gainfully employed and not seeking economic or political alternatives.

Driven by the individual motivations of each side, the escalation in tensions throw up two likely scenarios worth exploring.

An agreement is reached
With key dependencies on its manufacturing sector and the appetite of its largest trading partner to consider, a prolonged trade war could force China’s hand to negotiate acceptable terms. Stock markets around the world could rally on the news. A re-invigorated US dollar could herald in signs of fundamentals and inflationary stabilization. Trump, the returning hero goes into 2020 with his chances of re-election ‘muchly’ (to quote the man himself) increased.

Verdict Although a drawn out tit-for-tat could be good for the yellow metal in the short term (which can be evidenced in the recent price lift due to news of tensions and bolstered Chinese bullion purchases), should China negotiate acceptable terms with the US, an emblazoned market would likely be off to the races with their Commander and Chief back in the White House. This confidence however could be short lived.

Beijing may elect to ride out the pain in the short-term. Combined with other domestic issues, the pressure could mount on President Trump going into the November 2020 election. Any negotiations could be sidelined, favoring instead the possibility of brokering a better deal with a newly elected first term Democratic President.

Verdict Coupled with current weak US fundamentals, any prolonged conflict could likely see high market volatility and the continued de-risking of USD exposures. An extended period of volatility would likely witness a flight to safe haven assets, allowing the possibility of an already well positioned gold price, to test new ranges.

Lastly, it’s often said that the US political psyche thinks in terms of a re-election cycle, 4 to 8 years at best. The Chinese on the other hand, like the proverbial ‘old man that moved the mountain’ and considering outcomes in terms of decades. If Trump has bet the hotel on forcing China’s hand at the trade negotiating table, he may be in for a long wait and an unwavering determination.

As always, please reach out to one of our helpful Guardian Gold consultants who will be happy to discuss any questions you may have regarding a purchase of precious metals today. 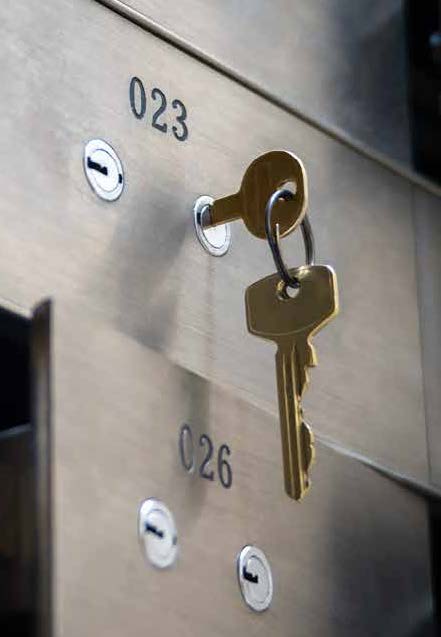